He added humour to an unfortunate situation.

At any job, there are a number of warning signs that you may be fired soon. Maybe your workload has been getting smaller and your co-workers have been distant. Perhaps assignments that would typically be yours have been given to a subordinate. No one wants to think about it, but it's important to have these red flags in mind so you can anticipate an upcoming job search.

Over in New Zealand, copywriter Josh Thompson saw some of those red flags himself. When he received an email from HR informing him 'bad news, we're having a meeting to discuss your role', he feared the worst. The human resources department encouraged him to bring a 'support person' to help cushion the blow, an option that is legally required during serious disciplinary meetings, usually relating to an employee's potential dismissal.

He left his family and friends at home and instead hired a professional to help keep the mood light: a clown called Joe.

I thought, it's either a promotion or worse. I thought it was best to bring in a professional ‒ so I paid $200 and hired a clown.

Whilst Joe couldn't prevent the redundancy, the $200 performer provided comedic relief as Thompson's bosses fired him.

I definitely recommend bringing Joe or another clown. Highly recommended.

Despite losing his job, he said it was a positive experience. The clown mimed crying as Thompson's employers slid the redundancy paperwork across the table and created a balloon unicorn and poodle to lighten the mood, bringing some humour into the otherwise dismal room. 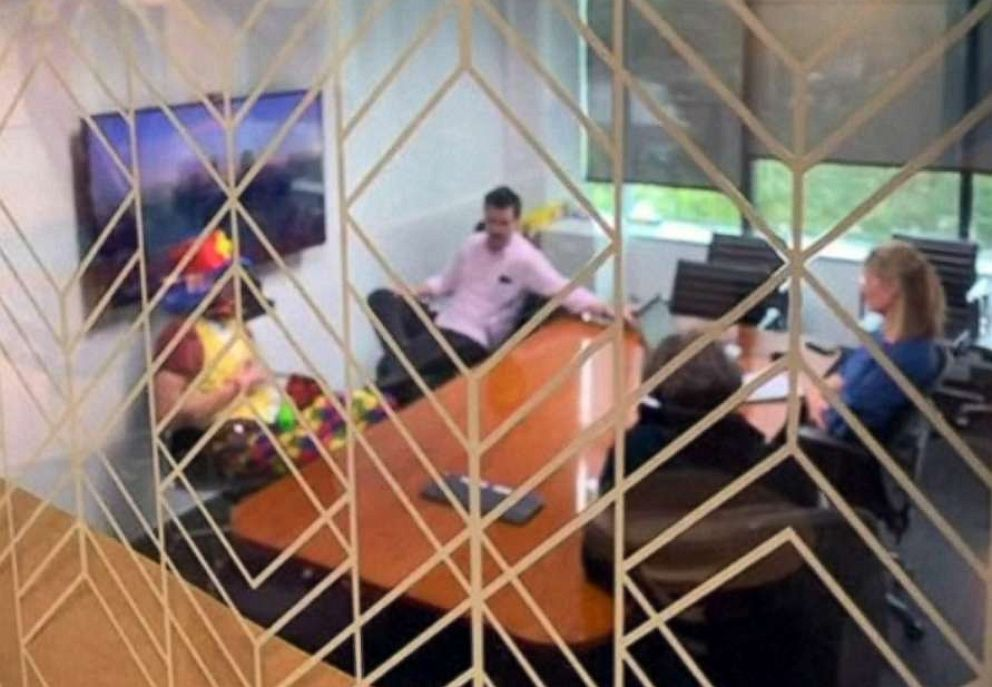 Advertising copywriter Josh Thompson brought a clown to a redundancy meeting for emotional support when he was laid off by FCB New Zealand in Auckland, New Zealand.

A picture of the meeting, taken through a boardroom's glass doors by an unknown spectator, is of compromised quality, though you can see Joe, the clown, wearing a colourful hat and a yellow bib. Thompson, leaning back in his chair, looks calm and composed for someone in the process of getting sacked. Thompson described to Magic Talk Radio:

I mean, I did get fired, but apart from that it was all smooth running.

Thankfully, Thompson will not be out of work for long. The Australian ad agency DDB confirmed he started a new role in its office. No reports have suggested what's next for Joe.

Whether you've underperformed or have been made redundant, being forced into a job search is never easy. Having a clown at your side may soften the blow, but the best medicine will be landing a new role that outshines the last. With the right mindset and strong application materials, you won't be down for long.

Like a redundancy, a job search can come as a surprise. Be ready for anything with an up-to-date CV. See where you stand by getting a free CV critique.

Do I need to write a resignation letter?

How to Write a Resignation Letter UK (with Template)

Survival tips for parents who now must work from home